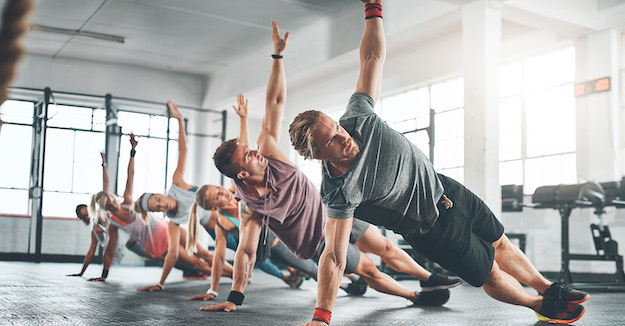 “Imagine a man packs you and pulls you into a minibus,” says coach Phil. “You have a family, a child – that just can’t happen. It’s not about technology, it’s about the mindset and access to your mental state. Because that’s the only way you can fight and survive. I can teach you how to do it in 60 minutes. ”

It’s a dark, gray afternoon and my coach Phil and I are sitting in his studio in Berlin’s Bergmannkiez. Coach Phil has broad shoulders, is tall, well built, and strong. He’s wearing a brown fleece sweater, sweatpants, sneakers and a haircut like the military. He seems slightly intimidating until he starts speaking. His natural warmth and friendliness brighten his face and suddenly he’s as intimidating as a teddy bear.

Today I am taking my first self-defense course. Phil’s studio is clean: It doesn’t have a lot of equipment apart from a few kick pads, a hard hat, chairs, a mirror and protective equipment. Before the course begins, we talk about his background as a trainer and he talks about how to use the survival instinct that is in all of us profitably.

Coach Phil leads Focus Flow, a series of courses that teach participants how to defend themselves in real-life situations. At the age of 13, Phil was sent to school to train as one of the German boxing champions. At a young age he won several championships in southern Germany and the title of Stuttgart champion.

In his early 20s, Phil left boxing behind him to continue his education, but continued to train in martial arts. Always with the aim of growing as a trainer and acquiring more knowledge. “I want to give people the best so that they can feel safer and more secure in their lives and develop through self-protection and martial arts,” he says. 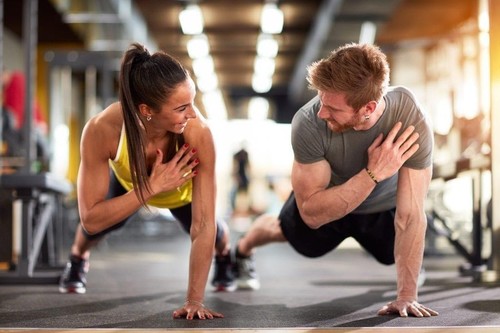 To achieve this, Phil meets professionals, attends seminars and works with the best of the best in order to pass on as much knowledge as possible to his customers. And this knowledge and passion flow out of him, even when he says things like “Imagine your mother is robbed by two drug addicts.”

Phil describes in some detail a scenario in which my mother could be seriously injured. He gives me two options: either I defend her or I allow her to be badly hurt. “That way you will get into the right mental state for self-defense,” says Phil. I turn to Liz, the photographer. “Unbelievable?” She nods in agreement.

“We often lose our survival instinct in society,” says Phil. “We always smile and compromise, we try to avoid conflict but part of our genetic survival instinct is to protect ourselves. We either run, fight, or freeze. We are over-conditioned to work around problems and be polite. I try to polish the diamond, which is instinctual, so that people are less afraid of the monster that sits inside us. ”

Phil explains that while self-defense is about protecting yourself from enemies, it is also about learning about yourself. “We learn roughly to be direct and uncompromising,” says Phil. “But that goes beyond everyday life. You learn to understand the conflict within yourself – you develop and thus become a better person. ”

While we are talking, the other students come into the room. Phil greets everyone by name and it becomes clear that each and every one of them is very important to him.

“I’m not going to teach you anything too complicated,” says Phil. “Nothing choreographed – because in a real situation you’re full of adrenaline. You will be afraid for your life. So we start the class with you lying down on the floor and trying to sit down without using your hands. ”

I didn’t expect that. But the five of us do what he says, lie down on the concrete floor and get up again without using our hands. It is challenging and painful to hit the ground all the time. “I’ll teach you how to reduce impact,” explains Phil.

Today we will learn how to defend ourselves if someone on the street tries to grab us. He demonstrates how we stretch our elbows above our heads as if we were rhinos or buffalo. This is how the elbows hit the attacker’s neck or face. We always split up in twos, we take turns attacking each other and protecting ourselves with red pads from the elbow.

Phil shows us how to approach attackers so that the impact of our elbows is even stronger and he instructs us to make a loud grunt. “That’ll give you more strength,” says Phil. I try my best to grunt aggressively, but it just comes out more like a bubble. Phil stands next to me, making a series of war cries and trying to get me to do the same. But I just sound like a goat in need – Phil finally gives up.

Then Phil shows us how we can kick our attacker with the knee, then press him to the ground and hold him there. This exercise is perfect for releasing stress. I particularly enjoy using everything Phil taught me to throw him on the floor, hit him hard on the head, and then keep him in a headlock.

“I teach people how to survive, not how to beat others.” I ask Phil why people come to his classes. He thinks for a moment. “People want access to the primitive man within themselves. And when we can do that in a controlled environment, we feel good. It can be very liberating to hit something. ”